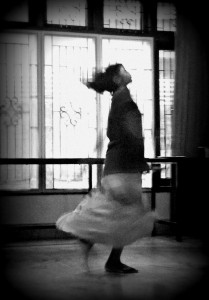 India (MNN) — Bornali, 13, is the class clown at the 7 Sisters Home in northeast India. Bright and enthusiastic, she wants to grow up to be a computer engineer, a soldier, and a dancer. She hungers for adventure and knowledge.

During the day, she laughs with the other girls at 7 Sisters Home, a nonprofit that rehabilitates girls from abusive backgrounds. But at night, Bornali often has nightmares in which she dreams about her former life as a child slave.

When she was roughly 5 years old, she was sent to work as a domestic slave. Her file at 7 Sisters contains a copy of a document transferring ownership of Bornali away from her family to her new masters.

To the people who bought her, Bornali was nothing more than a workhorse. They forced her to clean a construction zone, wash dishes, and care for children and animals; they fed her scraps of food from other people’s plates. When she made a mistake, they punished the little girl by stripping her nearly naked and tying her to a tree so the mosquitoes could feast on her skin. They even beat her with an assortment of items: a wood block, a police rod, or a pressure cooker lid. Sometimes they tied her to a window when they beat her. Once, they tied her up in a bag.

Out of cruelty, Bornali’s owners told her that her older sister, who also worked in their house, died of tuberculosis. Bornali, however, suspected they were lying.

Then, about a year and a half ago, Bornali escaped from her masters. She took a rickshaw to a train station and hopped on one of the cars. An old man and his son noticed that she was alone and took her to the police. A child services agency picked her up and placed her at the 7 Sisters Home.

When Bornali first arrived at 7 Sisters, she was “wild.” She was stubborn and refused to follow rules. The staff believed her rebellion resulted from her life as a slave, when she had to obey any given order.

Eventually, with proper care, Bornali grew both physically and emotionally. She ate plenty of nutritious food, provided by Baptist Global Response and shot up more than six inches. She is now one of the tallest girls living at the home. She also started studying and showed an aptitude for learning, transforming from an illiterate little girl to a high-level student. She became enthralled with the workings of electrical systems and watched intently as an electrician fixed the home’s circuit breaker. She then began to wonder what the inside of a computer looked like.

Now that Bornali has unleashed her curiosity and joy, she thrives. She still bears physical and emotional scars from her abuse, but she can live in the manner for which she was created.

Her abusers, however, are still at large. No effort has been made to apprehend them or even file an incident report, despite 7 Sisters’ efforts.

Pray for this little girl as she grows up surrounded by the love of Christ. And ask God to grant her justice after the horrors she faced.