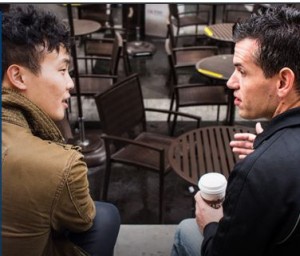 USA (MNN) — When you hear about the struggles that InterVarsity Christian Fellowship is facing right now, don’t be too quick to assign it as “their problem.”

The truth is: this is a problem for all of us.

What’s happening on the college scene?

At the beginning of the year, California State University system, the largest private university system in the United States, implemented the “all comers’ policy.”

This new policy in effect derecognized 19 chapters of InterVarsity. Why? Because they require leaders of their chapters to be Christian and believe Jesus Christ saved them from death. InterVarsity says this new policy has hindered their campus access.

The group exists to discover, discuss, and promote this belief, so doesn’t it make sense that leaders embrace it?

The University of California is now looking at California State University system’s policy and considering if it’s something they should implement as well.

Greg Jao of InterVarsity shares why this is a concern: “What worries us, of course, is that more and more universities may follow the pattern set by Cal-State.”

It isn’t just on the west coast where this has become an issue. InterVarsity is running into conflict with universities and colleges on the east coast as well.

Jao says, “We understand why they want a non-discrimination policy. We want every student to feel welcome, included, and have a place to serve and participate in all of the InterVarsity functions. But we do think leadership needs to be restricted to Christians.”

“Who else should be leading these kinds of groups?” Jao asks, “Obviously people with the experience, the skill, and the commitment to those purposes.”

In an attempt to reach a compromise, some college boards have asked InterVarsity to substitute a Biblical knowledge test for belief, saying this should be an adequate means to share faith. But knowledge is not faith.

“I don’t think they understand what belief means,” Jao says. “If you’re not religious, if you’re not a Christian, belief just seems like you say you believe it or you don’t believe it, it doesn’t matter. It’s easier to test knowledge.”

If it becomes a question of knowledge, then anybody can lead this group.

“Unless they believe, you’re merely encouraging people to think that knowledge or behavior is an adequate substitute for a religious belief. And, in fact, every world religion, but particularly Christianity, objects to that.”

Jao explains that having faith in Christ means you have a personal orientation and commitment to Him. What the schools are essentially asking religious groups to do is to become non-religious.

The activities, Bible studies, worship services, etc. are all student-led.

This environment not only teaches other students about Jesus, but it fosters believers that benefit the campus and the Church itself.

Nearly 25% of students participating in InterVarsity events are not believers. They attend these events because they want to know what it’s all about. They are expecting Bible Study leaders and praise leaders who believe what they are teaching and promoting. They want to hear why someone believes.

How do students react?

InterVarsity is training their students on campuses where they’ve been de-recognized to react in the correct way. First, they remind them that the stance they’re taking isn’t really counter-cultural; it’s just common sense. “You expect the leaders of any group to reflect the group’s priorities, purposes, and principles,” Jao says.

“We think the non-discrimination policy implemented by Cal-State is a good policy just taken one step past the absurd.”

The second thing they remind the students is that the questions and opposition they’re facing is the same the church has been facing for the last 2,000 years, and the same that Christians face all around the world.

Jao says Christians are often asked to be a bit more quiet about their faith, to compromise their beliefs a little bit, or to give something up to have some opportunity or privilege in return. For InterVarsity, they’re being asked to lower their standards for a leader in order to gain free access to campus rooms and student welcome events.

He says the students almost universally refused to do this. In fact, the opposition has become an area of growth.

Jao says, “As we help them pray through that, study Scripture about it, and then reflect on the testimony of the Church around the world, I think they’re coming out stronger disciples. They’re more confident about their faith, and they’re clearer about the life decisions they’re going to have to face after they graduate.”

What about your world?

The policy that has stifled the efforts of InterVarsity is not a unique case. Increasingly, in the West we are looking for better ways to avoid offense and include everyone. While this is well intentioned, it can often go too far.

Some schools around the country are even avoiding gender identifiers in an effort to include all children.

Jao says, “I think it comes from a culture, particularly in the United States, that we assume we should live untroubled lives and everything should be easy and non-confrontational. I think this actually does create damage.”

Jao spoke to a civil rights leader earlier this year. She told Jao that InterVarstiy shouldn’t just be fighting for respectful conversation, but also that “students have a right to be offended, they have a right to encounter ideas which counter their own ideas and commitments and beliefs. And actually it’s in the middle of that kind of disagreement and surprise and shock and maybe even outrage that they’re actually going to be able to learn.”

Joa says without taking that too far, it’s important to know exactly what is offensive about the Gospel and to not give up on it. When a Christian is aware that people are offended by the Gospel and not their actions, it becomes easier to surround their actions with love.

The message we’re to present is still the same: “Jesus is the Son of God, He’s fully God, fully man. He died in our place and on our behalf because of our sins, and He demands our absolute allegiance. And if you fail to give Him your allegiance, you’ve chosen a lifetime and an eternity apart from God’s presence. And that’s the core of our message,” Jao says.

This message is offensive because it confronts us with our sin. To reflect Jesus’ message effectively, we need to be sure we’re not getting in the way.

Jao says it helps him to think of lost people as people Jesus died for, not merely as sinners.

“If I’m going to be offensive, let it be offensive because then they’re offended by Jesus and His call, not by the way I respond to them individually or personally,” he says.

This is the balance followers of Christ need to find: to be loving and attentive to people without sacrificing our morals or damaging the image of God.

With the college access issue in particular, Jao says, “I would be grateful if Christians around the country would pray for the students at Cal-State who are facing rejection from campus and yet responding, I think, with incredibly bold witness. We’re seeing large numbers of students turn in faith to Jesus this fall.”

He also encourages you to engage your legislators to encourage them not to adopt this policy, and to make others aware of what is going on before more schools take a good policy too far.