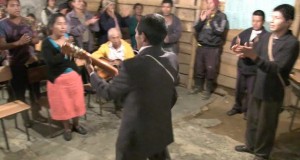 USA (USCIRF/MNN) — Did you know that October 27 was International Religious Freedom Day?

If you didn’t, you’re not alone. The commemoration of the 16th anniversary of the passage of the International Religious Freedom Act of 1998 (IRFA) went unremarked by most mainstream media. It also slipped under the radars of religious watchdog groups. Open Doors USA president and CEO David Curry says, “It’s fair to say that our government hasn’t really been focused as it should be on religious freedom around the world. It’s becoming the centerpiece of some of the main issues we’re facing.”

How do politics fit into religious causes? Curry explains, “Because the West has overlooked 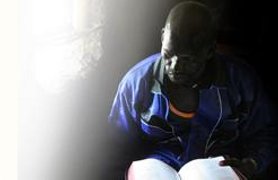 the importance of religious freedom, we have issues with groups like the Islamic State, Boko Haram in Nigeria, and the Muslim Brotherhood in Egypt.” You might be wondering, “What does this have to do with me?”

By enacting IRFA, Congress and the President recognized that religious freedom matters. Among its provisions, IRFA created an international religious freedom office in the State Department and the U.S. Commission on Intentional Religious Freedom (USCIRF). The USCIRF is a bipartisan entity tasked with monitoring religious freedom worldwide and making policy recommendations to the President, Secretary of State, and Congress.

According to information from the USCIRF in the  2014 Annual Report, 8 nations were recommended to the State Department’s existing list of “countries of particular concern,” or CPCs, including: Egypt, Iraq, Nigeria, Pakistan, Syria, Tajikistan,Turkmenistan, and Vietnam. (The State Department subsequently designated Turkmenistan a CPC.) USCIRF also recommended that the following countries be re-designated as CPCs: Burma, China, Eritrea, Iran, North Korea, Saudi Arabia, Sudan, and Uzbekistan. 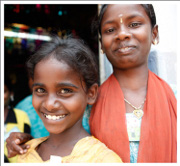 Curry notes that “Open Doors is focused on trying to maintain freedom for Christians around the world–get them the Bibles and the supplies they need. I think it’s important, within the general realm as well, that people have the freedom to choose what they want to believe and how they want to worship.” Since that’s oppressed on pain of death in many of the CPCs, two things need to happen: Speak up about the issues, and pray.

“This Saturday, there’s a simulcast where we’re going to be interviewing persecuted believers from around the world,” says Curry. “It’s going to be an interactive event. It’s going to be really powerful. There also is an event for churches and groups on Sunday, the International Day of Prayer for the Persecuted Church.”

Even as conditions deteriorate for Christians in areas where the Islamic State group has hold or Boko Haram menaces, here’s what persecuted believers are asking: “Pray for us to stand strong. Don’t pray that the persecution goes away or that we have an easy life.” Believers want to stand strong and share their faith in the midst of difficulties, says Curry. Plus, “They want to know that they’re not alone, that there are other believers praying for them and caring for them.”