Nigeria (MNN) — Before his village was attacked, Danjuma was an average Nigerian 13-year-old boy. He loved playing with his friends and fishing, and if he could do both at the same time, so much the better.

In fact, Voice of the Martyrs USA says he was on the way back from a fishing trip with his friends when they struck.

At 6 o’clock in the morning, a group of over 1,000 radical Muslims attacked his village. They burned houses and attacked Christians across the village. Danjuma saw the carnage, and turned and ran.

However, he wasn’t fast enough. The extremists caught him and attacked him with a machete, a long heavy knife. He passed out, causing him to forget most of the attack. 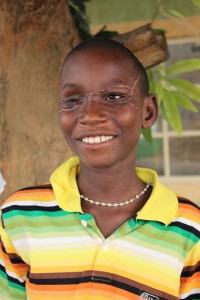 When the villagers found his body, they assumed he was dead. They even began preparing a grave for him, but Danjuma had other ideas. As they dug, he suddenly woke up screaming, and the villagers dropped their shovels and rushed him to the hospital.

Now, Danjuma’s face is badly scarred, and he lost his right eye in the attack. Some of the wounds will probably never heal, but he insists that the one thing the attackers could never take was his joy. He reminds believers that joy comes from God, not any earthly source.

Danjuma has chosen to forgive his attackers, saying that if they knew the love of Jesus, they wouldn’t have done the things they did.

Danjuma is asking for your prayer. He’s worried that he might not have the strength he needs to serve the Lord. He’s also asking believers around the world to remember his situation and to remember that through all things, God has a plan. He believes that God would not have let the attack happen if He did not have a way to work things for good.