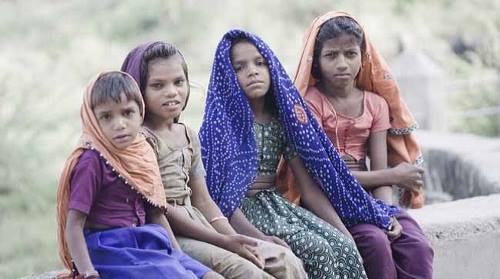 How can you help protect women and girls from a life where they’re told they’re without value?
(Photo courtesy of Vision Beyond Borders)

Southeast Asia (MNN) — What was the hardest thing you’ve ever forgiven someone for? Some girls in Southeast Asia are choosing to forgive family members for selling them into human trafficking.

Vision Beyond Borders is establishing bonds with women in Southeast Asia to release them from the bonds of prostitution.

VBB recently opened a safe house in conjunction with their salon in a red-light district.

The women not only need the right logistics to get out of prostitution, they need a chance to identify the bonds that keep them there.

So, why do these women stay in the red-light districts? And even before that, why are they there in the first place?

The women are told from a young age that they are not very valuable, and so it’s not such a stretch for them to support themselves with work that exploits them in the worst way.

Romeijn says, “The women in their culture are not revered anyway. And then if they’re in lower caste systems, it’s even worse.”

This lack of value ascribed to them undergirds other reasons women find themselves working as prostitutes.

VBB reports that many times women are sold by friends and family. The women become “property” of a brothel owner until they’ve sold themselves enough times to pay their “debt.”

The women are betrayed by those who they’re supposed to trust most. Their family values the money they make selling the girl into prostitution over the girl herself.

That’s right. Religion is often used as an excuse to abuse and manipulate women in this culture. Many times women are convinced that their involvement in the sex trade is a service to their gods. In fact in some cases, girls are dedicated to a god at a young age.

And on the flip side, some believe themselves to be reincarnated to this life because of sins committed in their past life.

Romeijn explains that sometimes men abuse women in the temples, telling the women that in the temple, being used by them is actually an act with the gods.

They don’t know any other way to make money because they lack skills. Other times men or “bosses” offer them a “better” life than the work they’re already doing. That life turns out to be one of prostitution.

Because these women have been tricked and told by society that they are worthless, it takes more than removing them from the situation for them to be healed and on their way to a truly better life.

Romeijn says, “It’s been so engrained in [the women]. [Men have] used it to dominate these women and abuse them.”

So, what does it take to really help?

“It’s a whole new way of thinking for these women; they have to truly be set free by the power of Jesus because they need the truth. They need to see the truth. But until they can actually mentally understand and accept that, [it may be] physically easy but mentally it’s been so engrained in them that it’s very difficult for them to come out.”

VBB workers establish the foundation for this truth to settle on by reaching out to the women at their salon in the red-light district.

The women learn to trust the workers and build relationships with them. This opens doors to sharing the Gospel with the women caught in the sex-trade.

It is by hearing the truth of Jesus that the women realize their true value.

Women who are fortunate enough to live at the safe house are learning skills that will help them support themselves in a healthy way. They also learn more about their Savior.

Romeijn explains that many of the women share about Jesus with their families, even going so far as forgiving them for selling them into sex slavery in the first place. 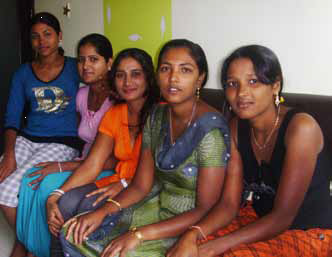 Photo by Vision Beyond Borders

VBB is working on setting up another salon and another safe house so that the hundreds of women who desire to escape from the sex trade might have an opportunity.

This documentary, along with this prayer guide, will help you know how to pray for women caught in the sex trade. Request a copy of the documentary, download the prayer guide, share it with your church, your Bible study, your friends.

Romeijn urges us to pray “that God would continue to set captives free.”

She also asks you to pray that God would move hearts in Southeast Asia. She says, “It seems like there’s been a great outpouring of His Spirit on these people, and there’s just an openness to the Gospel, a desire to be set free. [Pray for] the women that He’s already set free: many of them come from Hindu and Muslim backgrounds and are actually sharing the Gospel with their families when they come out and expressing forgiveness to maybe even family members who have sold them into bondage.”

Pray that God would bring fruit from the lives of these women whose hearts have turned to Christ.

These projects are part of VBB’s Vision For Women ministry.