Central African Republic (MNN) — The Boko Haram’s escalating creep into Niger and Cameroon is cause for wider concern.

As Boko Haram attacks in Niger continue, the nation’s leaders have commanded 750 soldiers to join a regional army formed in January. With forces from Niger, Nigeria, Chad, and Benin, the 8,750-member Multinational Joint Task Force (MNJTF) is committed to stopping Boko Haram in its tracks.

Cameroon, swamped with refugees from both Nigeria and the CAR, is also committing soldiers to the MNJTF. Currently, Chad is helping Cameroon push back Islamic extremists in towns along with border with Nigeria.

By joining forces, Nigeria’s neighbors hope to contain Boko Haram and keep it from establishing an Islamic caliphate. The big question: What if it doesn’t work?

Is Boko Haram’s next stop the explosive Central African Republic? 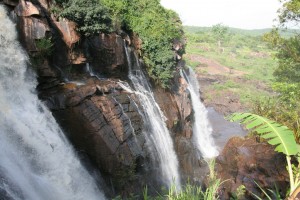 Loaded with natural resources and valuable minerals like gold and diamonds, Central African Republic would be a valuable asset for the radical Islamists. And, given the current leadership vacuum, there’s little keeping Boko Haram from rising to power.

“We are concerned about that, but so far there has been nothing really happening,” shares Jim Hocking with Water for Good.

Water for Good works in partnership with Living Water International to bring the Gospel and clean water to CAR villages. In-country staff knows the threat is very real, but for the moment they feel safe.

“They’re glad they’re a country away.”

Boko Haram expansion into the CAR would be like setting fire to a keg of dynamite.

Known as “The Heart of Africa,” the CAR is already torn apart by after-effects of a 2013 coup and continual fighting between Muslim and non-Muslim extremists. U.N. forces have struggled to maintain order, and they called for additional troops last week.

On a day-to-day level, heightened instability would mean Water for Good teams couldn’t maintain wells or reach villages with the Gospel. 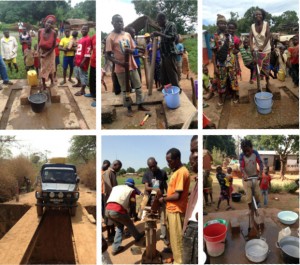 Water for Good’s maintenance teams have shown a lot of courage. In the last 6 months, despite the dangers, they’ve continued to visit remote villages, servicing water pumps for people in desperate need of hope. A total of 667 visits have been made; Water for God has kept clean water flowing for approximately a quarter of a million people.
(Image, caption courtesy Water for Good)

Without maintenance, wells break. And without regular fellowship and teaching, spiritual growth falters. Or, people could die without hearing about Christ.

Cameroon is the CAR’s only hope.

“Cameroon does not want them involved in the conflict over here, which is actually a very good thing because their troops will help keep Boko Haram out of the Central African Republic,” explains Hocking.

Please pray that Boko Haram will be pushed back and contained. Pray that the threat of Boko Haram involvement in the CAR’s current crisis doesn’t become reality.

If you’d like to help Living Water and Water for Good keep their work going in the CAR, click here. A $40 gift can provide clean water to 500 people for a month.