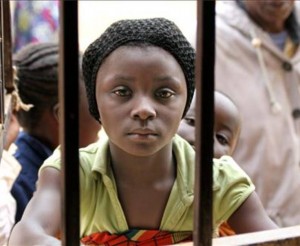 On Friday February 13, the terrorist group attacked Chad for the first time. USA Today reports the attack was in the village Ngouboua, and at least four were killed, including a community leader, a Chadian soldier, and two militants.

Army Col. Azem Bermandoa told the Associated Press, “The assailants have scattered, and the army is now pursuing them.”

The statistics are staggering. USA Today reports approximately 3,300 refugees in the village of Ngouboua alone; there are 17,000 in Chad, 157,000 in Niger, 40,000 in Cameroon, and almost 1 million Nigerians displaced in their own country.

Christians are one of Boko Haram’s top targets. Nigeria is ranked #10 on the Open Doors USA World Watch List. More than 1,000 churches have been destroyed in four years, and 200 in just three months.

A Christian widow told Open Doors, “Boko Haram killed my husband. I was not only devastated, but I didn’t know how to provide for my children.” Open Doors was able to help her start her own business and send her children to school.

The ministry continues helping persecuted Christians in Nigeria. They are rebuilding homes and churches, and offering trauma counseling. They are restoring hope and even introducing others to Christ. To help the team by providing critical emergency resources, click here.