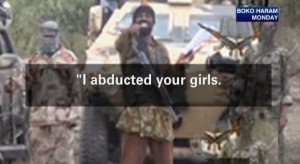 Nigeria (MNN) — Is it a ceasefire, or isn’t it? That’s been the question for weeks.

On October 17, a ceasefire agreement between the Nigerian government and Boko Haram was announced. The hope was that the kidnapped Chibok schoolgirls and others would be released.

However, actions by the Boko Haram didn’t match that. Suicide bombings and attacks on a church and Bible school compound in Mubi, Nigeria, followed, along with a suicide bombing against Shia Muslims in Potiskum, Nigeria.

According to reports, Boko Haram is mocking the announced ceasefire. Todd Nettleton with Voice of the Martyrs says, “The head of Boko Haram Abubakar Shekau was basically laughing that there would be a ceasefire. They say, ‘No, there is not a ceasefire. None of the people we have abducted are going to be released. In fact, all of the girls from Chibok have all converted to Islam and been married off. They’re at home with their husbands, and they are never coming back.'”

Nettleton believes the ceasefire announcement is a political move. “In the early part of next year, presidential elections are scheduled in Nigeria. I think that played into the announcement of a ceasefire. There is a desire by the president to show that they can handle Boko Haram.”

As the elections near, Nettleton believes there will be more Boko Haram talk: “talk of negotiations, [and] an increase in military action to try to handle them militarily. All of this is in the context of those election politics.” 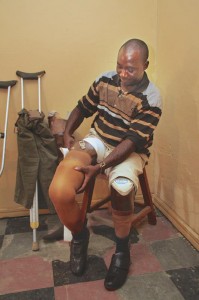 Voice of the Martyrs has work in Nigeria. The ministry has started an artificial limb clinic for Christians injured by the bombings. “We talk about these bombings and these attacks. That produces a lot of people who have lost an arm or leg. Our prosthetics clinic is able to meet that need.” It’s a key ministry.

While there is great uncertainty in Nigeria, Nettleton says, “We do hear some encouraging stories–stories of Muslims who are coming to Christ, Christians who are still doing ministry in spite of the risk.”

Support VOM’s work with persecuted Christians through a link here.