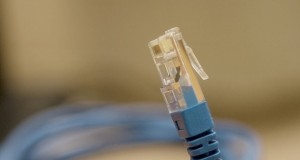 Philippines (MNN/WYC) — In 1999, Wycliffe Bible Translators USA realized that if Bible translations continued to go slowly, it wouldn’t be until 2150 that a Bible translation could be started for every language.

So they dreamed up Vision 2025: a commitment to do what they can to get a Bible translation program going in every language by 2025.

As of this month, the full Bible has been translated into over 500 languages, and with the help of computers, the process has gone much quicker.

But one of the programs in the Philippines has hit a bump in the road.

Recently, a vital computer modem was stolen from the Matigsalug translation team. While the team has already drafted 90% of the Old Testament, their work slowed down considerably after the theft.

It has already been difficult for team members to communicate with each other, especially for those living in remote areas, but this is another discouraging trial altogether.

This has not been the first time something has been stolen from the team. And unfortunately, many of the team’s hard drives are failing and they have corrupted back-ups.

It seems that problem after problem is being piled on the team.

Pray that the team will be able to stay focused and continue working efficiently.