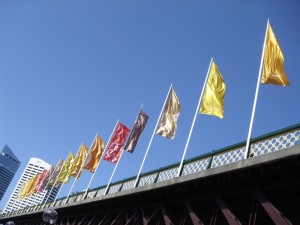 Japan (MNN) — It was supposed to be a photo-op, but instead, it was an awkward handshake between the leaders of China and Japan meeting in Beijing for the Asia-Pacific Economic Co-operation (APEC) Summit.

The body language of both leaders made it clear that a lot of work lies ahead of smoothing out ruffled feathers over a territorial feud. The issue at hand deals with a dispute over who controls a group of strategically important islands in the East China Sea.

But the distrust goes back for generations. Relations have also been hampered by what China sees as Japan’s failure to adequately acknowledge its war-time conduct. In 1937, the Japanese occupation of Nanjing (the capital city at the time) began. 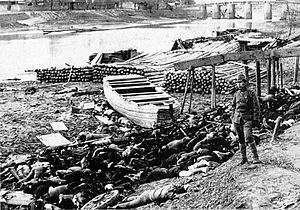 What happened in the weeks that followed left a site where thousands of bodies were buried, called a “pit of ten thousand corpses.” China estimates that approximately 300,000 civilians and unarmed Chinese soldiers were slaughtered. Japan Country Resource Coordinator and Church Planter with Asian Access Takeshi Takazawa acknowledges, “Afterwards, we didn’t really reconcile, and continued to kind of twist the history in educating our children after the war. We kind of undermined what we did.”

Generations of animosity ensued. Takazawa says as he looks at the global Church body, it was clear that healing needed to happen between Chinese Christians and Japanese Christians. It’s starting small. “Among some of the churches in China, and some of the leaders of churches in Japan, [we] see this ongoing animosity/conflict that is there. That’s not how God designed us to be.” 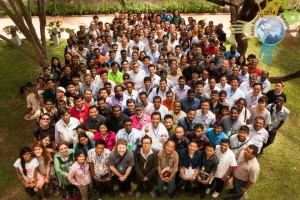 Imagine what the combined forces of the Chinese and Japanese Church could do. It’s that energy that keeps the goal of unity in front of Takazawa. “Jesus wanted us to be One. We are one citizen of heaven. If we cannot live out this calling, our testimony is not there.” As the desire for reconciliation stirred in his heart, “God opened the door. Churches of two countries came together, [sic] and for us Japanese Christians to confess to them what our ancestors did to them: taking their dignity away and national identity away from them, and confess that as a sin against them and against God, and to ask for forgiveness.” 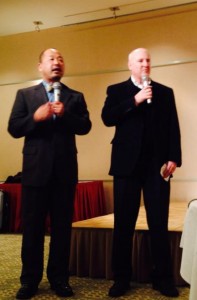 Healing began. Takazawa says, “People in China graciously, with God’s forgiveness, extended forgiveness to us. This is a small attempt to be united in Christ.” He goes on to explain that forgiveness begets forgiveness. Their example? The United States. Shortly after the war, American missionaries arrived and began sharing the love of Christ. “That melted most of the Japanese people’s hearts toward the U.S. Now, today, we’re partners, and we don’t have any national animosity between Japan and the U.S.”

Takazawa’s dream: “I believe that God would use this attempt, this small unity to influence our nations.” The time is now. “Because of the conflict of the island issue, we began to a little bit more, proactively seek the opportunity to pray for one another and to reconcile to one another.”

Takazawa is confident that some day soon, the Japanese Church and the Chinese Church will be past the awkward handshake and into the full hug greeting of family. “It CAN be done,” he insists, with prayer support from the rest of the body of Christ. “Pray for us, those who are engaging in this reconciliation work.”

Pray that the vision catches on. “If God gives you some kind of heart for this issue, please stop and pray for us that God would reconcile, break the walls between Japan and China.”