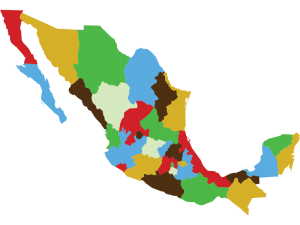 Oaxaca, Mexico, is home to 120 languages. Almost all of these languages have been translated or are being translated by Wycliffe Bible Translators. “If Wycliffe goes through all the trouble of translating the Scriptures, then we want to make sure that they’re recorded so they’re made accessible to all people groups,” says Loker.

Oaxaca is one of the poorest states in Mexico, and according to Mexconnect, about 33% of its people are illiterate. With the audio Bibles being distributed, thousands are able to hear the Word of God. “We’re trying to get the Scriptures recorded as quickly as we possibly can,” says Loker.

Right now, they’re averaging about one New Testament recording every several months. But it’s not always that easy.

The entire translation process is fairly long. Loker says translation with some languages can take 20-25 years. Audio recordings take several months to record; then they’re loaded onto players, which are often distributed by short-term mission teams.

It’s difficult, however, to distribute the recordings during the rainy season. “When it does rain, the roads are washed out; we have mudslides. We also have a hurricane season down near the coast.”

But every day, week, year, and mudslide is worth it. “It’s just a great blessing for everyone to see, especially when you see the faces of people who are hearing God speak in their language.”

These audio Bibles are breaking down barriers, bringing Christ to unsaved people and renewing faith in others.

A team of 5-6 technicians record, promote, and distribute the audio files, sometimes traveling up to 1,000 miles just to do a recording. “We need the funds to pay for the technicians, the readers’ expenses and their travel, and everything else–and for the processing of the audio.”

Translation isn’t free, but the Word of God needs to be, especially in a place like this. Can you support the work of ASM? Click here to provide a way of Life and Truth by donating a solar-powered audio Bible.