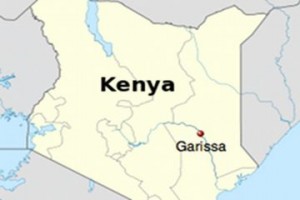 Kenya (MNN/ODM) — Al-Shabaab, an extremist Muslim group based in Somalia, attacked a satellite campus of the University of Nairobi in Garissa, just over the border in eastern Kenya, Thursday morning.

Open Doors USA advocacy director Kristin Wright says, “In this instance, we saw a very similar scenario to what happened with the mall in Kenya: gunmen entered these areas and demanded that people express what their religion was. So they let all the Muslims go free and held the Christians.”

Who is al-Shabaab? They’re a Somali group that the United States designated as a foreign terrorist organization in March 2008. Their goal: to turn Somalia into a fundamentalist Islamic state. Wright explains, “Homegrown radical Islamist groups and militants are crossing the borders from Somalia and then severely persecuting Christians in Kenya, and targeting them.” The group has links to al-Qaeda and made a name for themselves last month by threatening shopping centers connected to the Westfield Shopping Centers like the one they attacked in Nairobi, Kenya in 2013.

By early afternoon Thursday (ET), security forces had swept the university campus and killed four attackers. The death toll is expected to be in the hundreds. (At press time, the Kenya Disaster Operations Center and the Interior Minister reported 147 dead.) Open Doors sources on the ground say it started when gunmen stormed the Christian Students’ Union prayer meeting on campus. 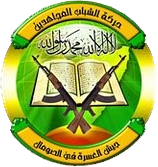 Kenyan authorities said the militants held hundreds of hostages in a standoff that lasted several hours. On the issue of their targets, it was specific, says Wright. “They’re very clearly targeting Christians in this instance. This Islamist terror group has an agenda: they’re working to eradicate Christians in this area, and so these Christian schools and churches are common targets.”

According to Open Doors, most of the dormitory residents that were attacked are non-Muslims who come from outside of the area. There are usually about 800 students at the campus, but many had already left for Easter break.

The Open Doors source says some of the escaped students sought refuge at the local airstrip and tensely waited out the stand-off. “They fled in their undergarments and night clothes. The Red Cross [has] helped them with some clothing.” Unconfirmed reports indicate that some of the Christian hostages have contacted their pastors by cell phone to relay how the captors have been killing students one by one.

The attack followed a security warning of a terror attack issued by University Security on March 25. It called on students to be vigilant. Sources told Open Doors it might have been retaliation for the killing of two terror suspects last week, whose bodies have not been released to relatives. According to unconfirmed reports, the locals warned that if the bodies were not released for burial, then “Christians will not have a peaceful Easter.” 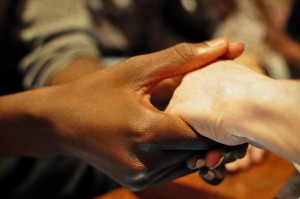 Sources told Open Doors that the atmosphere remains tense in Garissa.  Wright confirms that report. “It certainly creates (…) a lot of concerns for the safety of Christians living in Kenya. That’s a major reason that Christians here in the West should absolutely be praying for their brothers and sisters and be taking action to support them and encourage them.”

Pray for the victims of the attack, and for their families. Open Doors has been informed that due to previous trauma suffered, many Christians are very afraid. Please join us in praying for God’s intervention in this situation and His comfort and grace to all affected.

Want to do more? Wright says, “Learn more about taking action through advocacy, for instance, or through prayer, and also through writing letters to persecuted Christians in Kenya and in many other countries.”