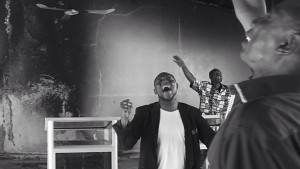 Persecuted Christians in the West African country of Niger are “very upbeat” despite recent attacks in their country.

Dorsey expressed gratitude that recent violence at the hands of angry Muslims was targeted at buildings, not people.

“There is a sense that this is the time for the church, that…what was meant for evil, God intends for good,” he continued. Instead of seeking retaliation or revenge, even believers who lost their homes and possessions are confident that “God is good and Jesus is still Lord.”

“They see…this is how we can demonstrate what it means to follow Christ and what we do if we’re going to follow up what we believe with our actions.

“It was also encouraging to see that at least one public statement has been made by a representative of the evangelical churches in Niamey, where they publicly stated on radio and television that they forgave those who did all the damage and the burnings. That was pretty powerful.”

Dorsey shared the story of a university student who lost everything–all of his books and clothes. He said, “Hey, I forgive you. It’s okay; it was just stuff I lost…and I forgive you.”

The attacks appeared to be well-planned and coordinated, as small mobs ransacked and burned more than 50 structures all over Niamey in less than four hours. Both missionaries and national believers found marks on their gates, indicating their homes were potential targets.

But stories abound of members of the Muslim community who warned their Christian friends and neighbors of impending danger, protected their homes while they were in hiding, and offered them shelter–all indications there was limited support for the group perpetuating the violence. Dorsey said some Christians feel their Muslim neighbors were ashamed of what was done in the name of Islam.

“It would be worth noting [that] while they targeted the church very, very clearly, they also were targeting others as well,” Dorsey said. “They targeted, I believe, some Christian businesses along the way. But they also targeted the ‘evils’ for Islam, such as bars and nightclubs and brothels. Some hotels with bars sustained heavy damage.”

Believers appear to be working through the fear and vulnerability they felt during the attacks, “addressing their fear with faith and moving forward,” Dorsey said.

Experiencing persecution and realizing this could be the trend for the future has brought home the biblical truth that persecution will come to those who follow Christ, Foshee added.

According to the strategy leaders, no IMB personnel talked about leaving, even though they realize “radical Islam is out there …, so it’s entirely possible [the protesters] could try attacking, try causing damage again,” Foshee said.

“It became an opportunity for them to reflect on their fear in comparison with their faith and how they were going to respond. Right now I think we’ll move forward with greater courage …, leaning more towards faith and a lot less towards fear,” Dorsey said.

When asked how he would like to see the church in the U.S respond to the persecution in Niger, Foshee said, “I hope it would increase awareness…of what life is like in Niger, in Muslim West Africa, where the Christian population is less than .01% of the total population, and how much Christ needs to be made known in a place like this.”

Dorsey added, “Use it as a reminder when [you] pass a church building to remember that there are churches all around the world that are facing persecution.”

Even the church in the U.S. is coming under attack in ways it never has before, yet not to a level where the persecution is violent, he said.

In other areas of the world where the church is a fledgling church, they are seeing persecution, “so pray for the people in those churches, that they would remain firm in their faith,” Dorsey said.

He also asked that Christians in the U.S. “seek ways of offering encouragement to Christians around the world who are facing persecution.”