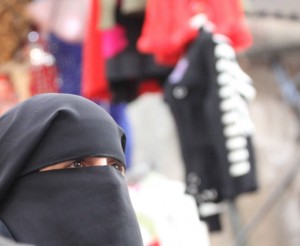 Yemen (MNN) — 65 civilians have been killed in the matter of a day due to heightened attacks on Yemen. This raises the death toll to nearly 4,500 in recent months.

Around 400 of the victims were children, according to a recent UNICEF report, and 600 more have been injured.

The conflict, which has been dragging on for years, escalated into a pro-government versus anti-government fight, resulting in the deaths of civilians, and injuring or killing an average of 8 children each day.

“One [side] is led by the Saudi Arabian government coalition with other countries, including the U.S. And then one are those who see themselves as level fighters, but often Muslim extremists are linked in with this group,” says Emily Fuentes of Open Doors USA.

“Of all the deaths that have taken place, approximately half have been civilians in the past recent attacks.”

After coming back from the war-stricken country, Peter Maurer told the Associated Press conditions were catastrophic and “Yemen, after five months looks, like Syria after five years.”

Air strikes have blown up homes, churches, and schools.

Earlier last week, Saudi Arabia bombed a school, killing 13 teachers and 4 kids. United Nations criticized them, saying it was “senseless bloodshed.” But Fuentes says it’s difficult to know if they were targeting civilians on purpose.

“On the other end, though…it’s hard to believe that it’s okay to sacrifice targeting the school and teachers and all of that, where there’s a high likelihood that there are innocent civilians, especially children.”

UN’s Leila Zerrougui said in a statement that Yemen had become another country “creating a lost generation of children” who have an “uncertain future.”

Christians in the country also stand as a lost generation without a foreseeable future. 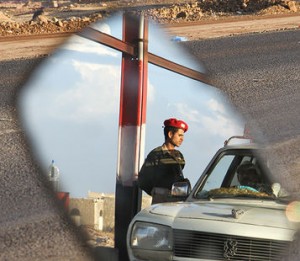 According to Open Doors, the few thousand that remain and meet in secret or meet quietly for church have a target on their back. Since anti-government fighters are mainly Muslim extremists, Christians not only face the danger of bombings, but also the threat of religious persecution.

“If you’re a Christian, those who are Muslim extremists are going to seek after you,” Fuentes says.

“It’s just getting worse as the warfare carries on.”

Civilians who have survived attacks are now facing disease as well as malnutrition. World Food Program (WFP) reported the country was just “one step away” from a famine. BBC News says of the population of 26.7 million, 21 million are in need of humanitarian aid.

Around 1.3 million have been forced to flee their homes, according to UNICEF. Some are looking for refuge in neighboring countries or in Europe.

“Open Doors has been working in the Middle East in several countries to help those who have been displaced, or victims of warfare, of refugee crisis, of attacks by Muslim extremists, whether it’s ISIS or other groups.”

Fuentes says there’s severe trauma scarring people in the Middle East, but Open Doors is bringing the love and encouragement of Christ throughout the region as they share food, shelter, trauma counseling, and Bibles with refugees.

Get involved with their refugee care project here or sign a petition to help persecuted Christians.