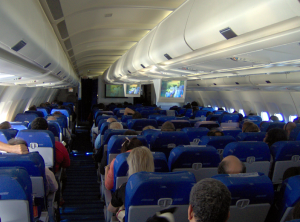 China (MNN) — “There’s no such thing as coincidence.”

You’ve probably heard that statement from people who have just come off of a pretty amazing situation in which an unlikely set of circumstances came together, God brought people together, and “stuff happened.”

That’s exactly what happened with Bibles For China. BFC President Wendell Rovenstine says one day he got a message out of the blue. “I had a gentleman text me and said he feels like he should be going to China.”

At roughly the same time, he got this message from a ministry supporter: “‘You know, I told a gentleman about you–he was flying with me. He was from Florida. I think he may be contacting you. I encouraged him to go to China to be involved in seeing what God is doing.'”

As it turns out, the two men were seat mates on a flight. They began talking about China, and the ministry supporter suggested that he look at www.BiblesForChina.org to just explore the nudge a little more. Rovenstine says, “He’s going with us on this trip this time. He’s so excited about going and making a difference. He’s shared his vision, and his heart with his church. They’ve more than supported his trip and are purchasing Bibles for him.” 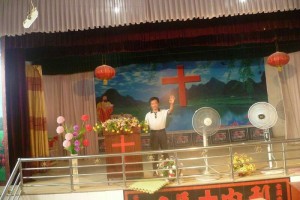 All it took was a vision for rural China and the willingness to share both passion and information. “It was a God-ordained opportunity because: here is a total stranger who meets another total stranger. They become friends. One is a supporter of the ministry, who’s never had opportunity to go to China, telling this gentleman about the opportunity that exists. The gentleman who’s going with us to China says he can’t wait to come back and share with his friend he was flying with what he observes and sees.”

He goes on to say, “The gentleman I just told you about gets the opportunity to go over and touch China, provide them Scripture-engagement portions. It will help those people he touches in China to be those that will go and make disciples.”

That team leaves today, returning April 7th, celebrating with 10 rural churches receiving Bibles. With each opportunity, there are more that are waiting. Rovenstine says, “We really spend a lot of time in God’s Word, seeking His direction and leadership. Then we say, ‘Lord, send us those who are ready for the whitened harvest.’ He sends us those that co-labor with us.” There are two trips in April. The first trip leaves the 12th returning the 23rd.  The second April trip leaves the 21st returning May 1. 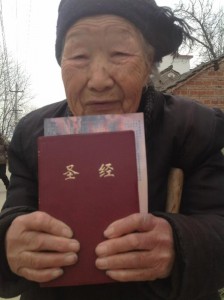 There are also two trips in July and several being finalized this month for September, October, and November. Bibles For China is working with multiple networks, locations, and opportunities this year. The funds raised for Bibles in the next two months will determine how many rural Chinese Christians will receive a Bible. Each Bible is $5, and no gift is too small or too large.

It’s not too late to consider going on the fall trips, either. Click here to explore that opportunity. Given the logistics involved, Rovenstine says, “Pray for everyone that senses they want to do something for the Lord that’s significant. Just pray that the Lord gives us favor, protects, and looks after God’s Word touching someone that makes an eternal commitment for Christ.”

Is this story touching a nerve for you? Remember, there’s no such thing as coincidence. Follow the current teams here, or discover more about Bibles For China here.