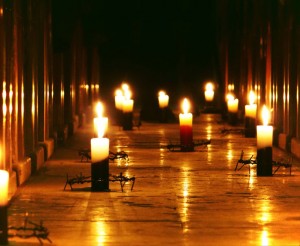 Syria (ODM) — The situation in Syria, ranked No. 3 on the World Watch List, continues to change, but there is still the reality of extreme violence and displacement.

Based on contacts with church leaders inside Syria, Open Doors estimates about 40% of Christians have left Syria since the start of the civil war over three years ago. Depending on where new battles are taking place, new waves of refugees are reported.

The United Nations recently announced it is reducing food support to the refugees and the displaced because of lack of contributions of donors and donor countries.

Open Doors reports it is partnering with churches and other Christian organizations to help 9,000 families each month.

The gospel of Jesus Christ is also going out. An Open Doors worker in Syria says: “We hear church leaders saying that the churches are not empty. New people are coming to church, interested in the gospel and comforted by the message. We hear of people coming to Christ.”

Pray that more Syrians will come to faith in Christ.