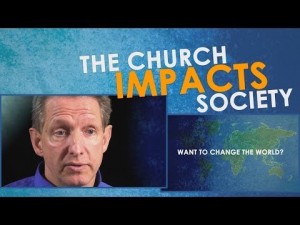 Director of Send International Warren Janzen says in 2014, “We saw a lot of advancement in terms of engaging unreached peoples.” For example, “We were able to place a number of team members on location for a joint outreach with the Japan Evangelical Church Organization for ministry in another town recovering from the devastation of the tsunami that happened in 2011.”

Japan isn’t the only area of expansion. “In Spain, Central Asia, in Russia, we have new teams going into and engaging with Muslim people groups,” says Janzen. “We’ve expanded our Muslim outreach in Southeast Asia.”

The launch of Marketplace Development Enterprise, a business-as-missions initiative, is also helping with that expansion.

Partnerships have also helped SEND reach the unreached. “We signed partnerships with a number of organizations in Thailand to engage 18 million Buddhist on the eastern side of that country. We signed partnerships in Afghanistan and Turkey.” They’ve also signed agreements with ministries in Central and South America and Asia.

Why are these partnerships important? Janzen says they help “to mobilize people from those countries on to multicultural teams for ministry among the unreached.”

In 2014, SEND was forced to pull their staff from Ukraine because of the Russia-Ukraine conflict.

What’s planned for 2015? Janzen believes we’re going to see “escalated conflict and disruption. But at the heart of that disruption is opportunity. That’s going to demand courage.”

Does that mean ministry will be curtailed? He hopes not. “With each of these disruptions comes opportunity. When people are desperate and living with uncertainty, they are open to our help, as well as the hope we find in Jesus.”

SEND International has a great opportunity for you to support their work. Janzen says, “We currently have a $75,000 match grant that will double the gift of people for the SEND Impact Fund. That will allow us to train and mobilize more missionaries to bring the Gospel to those with little or no opportunity to hear it, particularly the areas we’ve been talking about.”