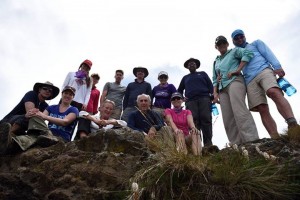 Tanzania (MNN) — What would you do to free someone from human trafficking? A team of 20 just finished climbing Mount Kilimanjaro to raise support for Operation Mobilization’s anti-human trafficking projects.

“It’s dark when you’re summiting; you’re begging for the sun to come up, because it’s freezing up there,” recounts Yeager. “It’s symbolic of what these women and children are, I’m sure, begging for: ‘Please just let this night be over.’

“But, they don’t have the freedom to step out of their lifestyle.”

Yeager and her fellow climbers took on Mount Kilimanjaro — Africa’s highest peak and the tallest free-standing mountain in the world — with one goal in mind: freedom. 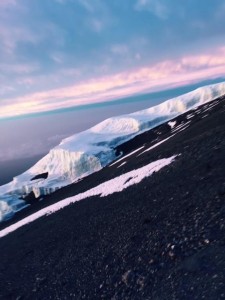 The Freedom Climb began as a dream, one of doing something tangible to give oppressed, enslaved women and children a voice. It quickly took on a life of it its own, and by January 11, 2012, 48 women from seven different countries gathered in Tanzania to climb Mount Kilimanjaro.

On this very first Freedom Climb, climbers were able to raise enough funding to help 10,000 at-risk women and children. These vulnerable people were either prevented from entering the sex trade, rescued out of human trafficking, or found long-term solutions through OM — all while learning about Christ’s love and sacrifice.

So far, climbers have been able to raise over $600,000 of their $1 million goal. Help them cross the finish line here.

You’d think that for the inaugural Corporate Freedom Climb, OM would choose a challenging but still reasonably-attainable goal. Instead, Yeager and her team were determined to reach the highest point on the world’s tallest mountain. 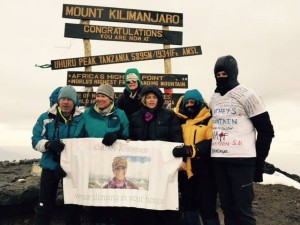 “18 of us made it all the way to Uhuru Peak, which is Swahili for ‘freedom,'” shares Yeager. “For me, this was very symbolic, because the person that God gave the Freedom Climb vision to — Cathey Anderson — is fighting her own battle, her own mountain, of pancreatic cancer.”

“We took her picture and a banner up to the top. I was determined [to] get up there and honor her for saying ‘yes’ to God and to the vision of the Freedom Climb.”

As the team of corporate climbers journeys back to their homes and families, pray that the experiences they had and the lessons God taught them will remain in their hearts.

“God did a little bit different work in every individual’s [life] while they were here,” notes Yeager, sharing stories from some of the eight men on the climb. “[I heard] one story after another of the Lord just revealing Himself to the individuals who climbed.”

What you can do

See how OM is battling human trafficking around the world. Then, ask the Lord what He wants you to do.

“Don’t turn your head: please do something,” Yeager asks.

“So many of these issues are happening because people are turning their faces. We want people to know and understand. Everybody can do something.”